Feet up, kick back, you feel like a Tooheys – and it’s been that way since the 7th of September, 1869. There’s never been a sweeter sound than the crack of a can, or a better taste than that first, well-earned schooner of New with mates; tried and true in our great state for as long as we can remember.

The first one came when a couple of Irish-Aussie brothers paved the way for this NSW staple.

John and James Toohey are modern-day legends in this part of the world, but they didn’t know that would be the case when they headed up from Melbourne in the 1860s.

Having run pubs south of the border, they set about making their own beer in Old Sydney Town, taking over a cordial factory in Darling Harbour and getting hold of a brewing license to get the operation off the ground.

Then, one September arvo in the bustling colony, the boys sat back, knocked the froth off a ‘Tooheys Black Ale’ and admired their work: it was an instant NSW favourite, now called Tooheys Old, which we’ve come to love for each and every one of the past 150 years. 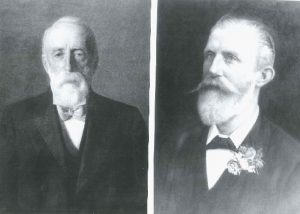 The brothers knew they were on to a winner and before long, the business outgrew the Darling Brewery. We shifted to the Standard Brewery at Surry Hills in 1875, staying put until long after John and James passed – but their legacy saw the birth of several new brews.

The Surry Hills crew had mostly pumped out ales and porters, until the new wave of brewers decided to have a crack at a lager. They put together something called ‘Tooheys New Special’ in 1931 – and we reckon you’ve tried one or two of those before, too.

Of course, the roaring success of the New drop meant another big move was on the cards. In the early 1970s, the workers packed their bags, headed up Parramatta Road and landed at the shiny new Tooheys Brewery in Lidcombe. It’s been doing the job for this great state ever since. 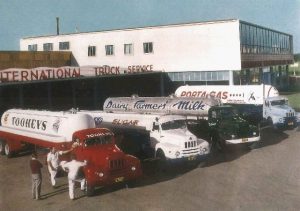 Between the three breweries, they've served up more cold beverages than you could poke a stick at, helping keep the state’s beer economy flowing.

Remember Tooheys Flag Ale? New South Welshmen were raising a Flag for the better part of last century. Or there was Tooheys Stag Lager, inspired by the Toohey brothers’ favourite watering hole, Leichhardt’s Bald Faced Stag. And who could forget Tooheys Oatmeal Stout? It held its popularity for decades.

NSW has enjoyed Tooheys Amber Bitter, Tooheys 2.2 Lite, Tooheys Pils, Tooheys Blue Ice and Tooheys Red Bitter, among so many others. We even took on spirits for a while there, with Stag Rum, Dominion Dry Gin and Corio Grande Brandy. 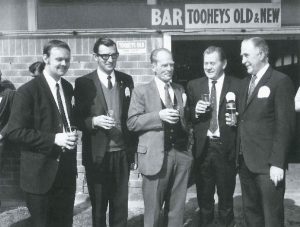 But for every win they’ve chalked up inside the brewery walls over the years, it’s meant nothing without the wins celebrated across NSW with a Tooheys.

Plenty of those have happened on the footy field – especially in State of Origin. We first backed the NSW Blues in 1991, and their winning record speaks for itself. After a break from the Blues’ camp, they’re now back where they belong – and so is the Origin Shield.

Read more about Tooheys’ history with the NSW Blues

It’s not just rugby league they've supported, either. Rugby union, basketball, horse racing, Aussie rules and ice hockey have all had a run with Tooheys over the years, with a cold one always waiting after the final siren. 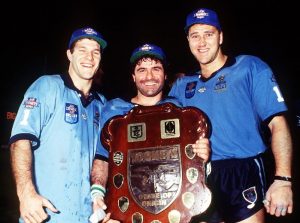 Whether it was the state’s sporting and historical achievements, or a lifetime’s worth of personal milestones, this state’s been singing “I Feel Like a Tooheys” for generations. Now, after 150 memorable years, we feel like a Tooheys or two, too.

So crack one open and put the feet up again. Because on a spring day 150 years ago, the NSW way of life changed for the better.

Here’s to bringing in 150 more, celebrating life’s great moments with a Tooheys in hand. 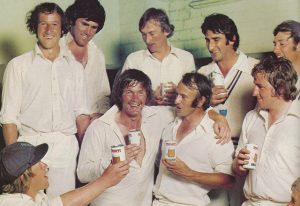